We offer an in-house design and build service so if you require any bespoke stage supplies please give us a call on 01722 416656 or drop us a line at sales@mtxengineering.co.uk  you can also send a message via the website here

ZerOS Wing can be added onto any ZerOS console, or Phantom ZerOS - the offline PC editor, to increase the number of channel playback faders available.

ZerOS Wing has been designed to be simple and quick to setup and use. There are no settings, no configuration and no difficult connections. Just plug in via USB and any ZerOS console is instantly upgraded.

A single button switches quickly between ‘Channels’ and ‘Playbacks’ at any time, and the ‘Page Up’ and ‘Page Down’ buttons are used to either switch between all patched channels on the console, or each page of playbacks. When multiple wings are used, simply setup each Wing onto a different page.

‘Fader Function’ will operate slightly differently on some ZerOS consoles, as shown by the table on the following page. Phantom ZerOS will match whichever console is chosen when the software is loaded. 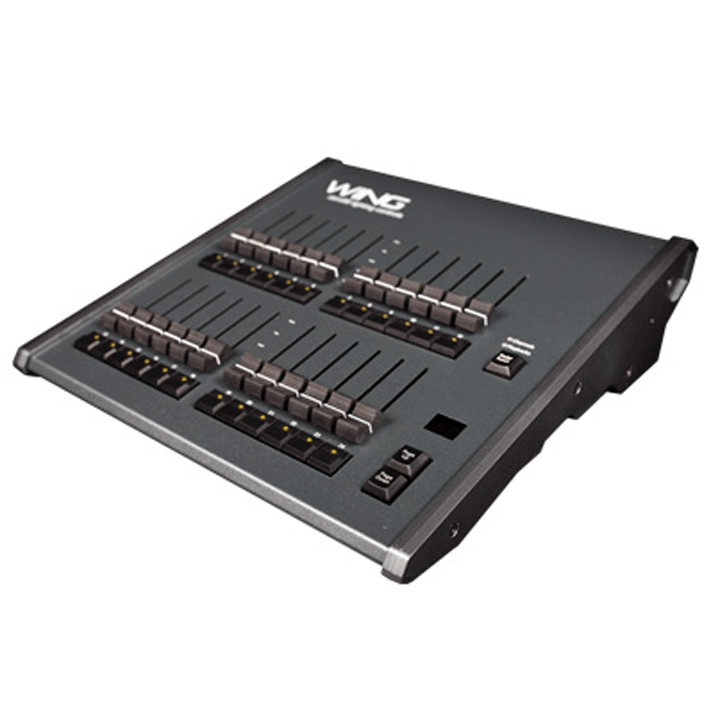 For further information or advice about theatre lighting, stage supplies or anything else please do not hesitate to contact us.